While he may be new to the position of President, Bill Rooney is no stranger to the CCOC Board. After retiring from a 25-year social work career with the City of Ottawa at the beginning of May in 2002 he was elected to the Board that same month at CCOC’s Annual General Meeting. He was later chosen to be the Board’s Vice-President, serving from 2007 until this year.

After he graduated university in Massachusetts, Bill and his wife Lorraine moved to Canada and spent time in Toronto and Southern Ontario before settling in Ottawa. Within a few weeks, Bill had found a job in social work with the City. He first came across CCOC when he was helping clients to find affordable housing options.

In his last assignment with the City, Bill co-managed the Homelessness Initiatives Team as it mobilized and supported community agencies to prevent and end homelessness. He says he appreciates CCOC’s uniqueness in both building housing and developing community. “That intentionality is so important.” 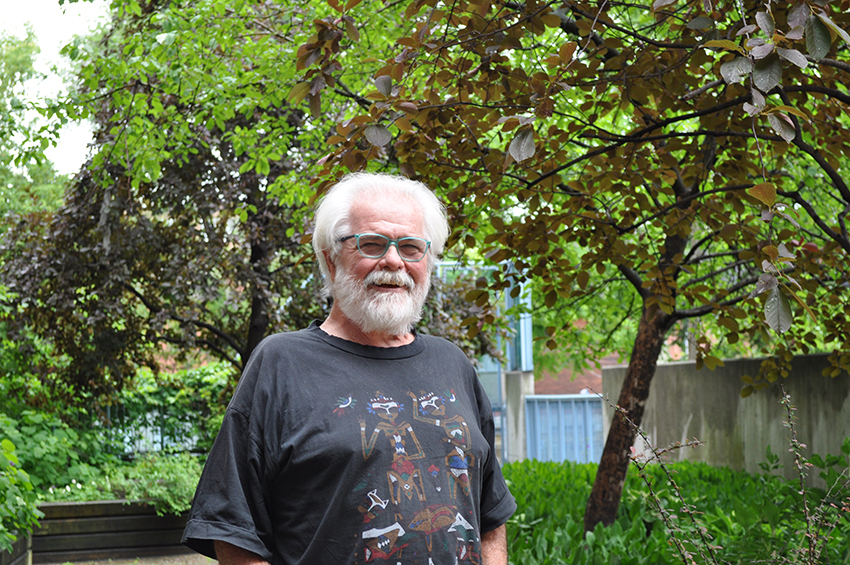 Bill Rooney on the podium deck at 415 Gilmour

One of Bill’s favourite memories with CCOC is the World Café that was held to provide input on strategic planning in 2009. CCOC tenants and volunteers came together to share ideas and look at some of the big-picture questions surrounding CCOC’s mission to create, maintain, and promote affordable housing. He enjoyed how participatory the process was, and the opportunity to connect with so many different people who supported CCOC.

“That’s where my interests lie, helping the community to build its capacity to end homelessness and create affordable housing,” says Bill. He considers his service in the sector to be not just a job, but his true vocation. 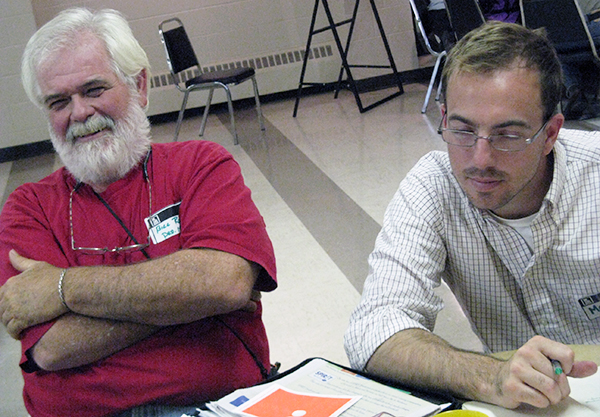 Bill at a CCOC All Committee Meeting

In his spare time Bill enjoys gardening and remodeling houses, saying he likes the satisfaction of creating something new with your own hands. He’s brought his passion for gardening indoors in his Alta Vista home, which he shares with his wife and two cats… As well as a lime tree! He tells us he’s fond of the music of Joaquín Sabina and Leonard Cohen, who he sees every time he performs nearby.

When asked what keeps him so engaged with CCOC, Bill speaks to the importance of its mission to be a landlord of choice: “I want people to know that social housing can be Plan A, the best choice of all.”