The Living History of Beaver Barracks

The Living History of Beaver Barracks

Several decades have passed since Carl Dow impatiently waited to learn how to fly, and Beaver Barracks has been transformed. What was once a World War II military barracks and mess hall in the 1940s is now home to 254 households in downtown Ottawa. We couldn’t be more proud of CCOC’s newest property… But one thing hasn’t changed.

“Each Tuesday, at Beaver Barracks in the city’s centre, they took in lectures on aircraft construction and their engines, and flying. It all numbed his brain. He wanted to fly, not hear talk about it…”
– Carl Dow, Flying High from The Old Man’s Last Sauna

Over sixty years after his time in the air cadets at Beaver Barracks, Carl has come full circle – he moved into 111 Catherine Street the day it opened. And the journey back to Beaver Barracks has been a colourful one!

Born and raised in Ottawa, Carl began his career as a cost accountant for a local bakery before moving into the world of floor and wall tile. As a subcontractor, he managed a team of up to six workers during what he describes as a “boom” in the housing construction trade. But Carl knew his future lay elsewhere.

In 1955, he moved to Hamilton and began working in a steel mill. It soon became clear to him that he needed to make a bigger change. “I haven’t liked anything I’ve done, so I’ll try journalism,” Carl remembers thinking with a laugh. It was this boldness that led him to Toronto and the head office of a large chain of newspapers.

Having dropped out of high school and with no journalistic experience, Carl convinced the Editorial Director to take a chance on him. He submitted his first human interest story the next day. After eight whirlwind months at papers including the Chatham Daily News and New Toronto Advertiser, Carl landed at the Globe and Mail.

Writing was the passion that stuck, and Carl has worked for a variety of publications ever since. He earned a nomination for the National Newspaper Award during his time at the Globe and Mail, and went on to be Youth Editor at the Montreal Star – where he was the first North American columnist to praise The Beatles.

At one point, Carl’s column was read by 85% of the Star’s readership. “Well what’s wrong with the other 15 percent?!” he recalls thinking, while knowing full well that 85% was exceptionally high.

Carl has written for a variety of publications during his career, covering everything from politics to the construction trades. While working as a freelancer the managing editor of Canadian Magazine sent him a note saying that Carl was considered one of the top 10 writers in the country. He now runs an online publication called True North Perspective while also working on several novels and short stories. The Old Man’s Last Sauna, his collection of short stories, was published by BumblePuppy Press in 2013. Carl is also past president of Ottawa Independent Writers, the largest such group in the country. OIW helps authors in their work and to find ways of selling to page, stage, and screen. 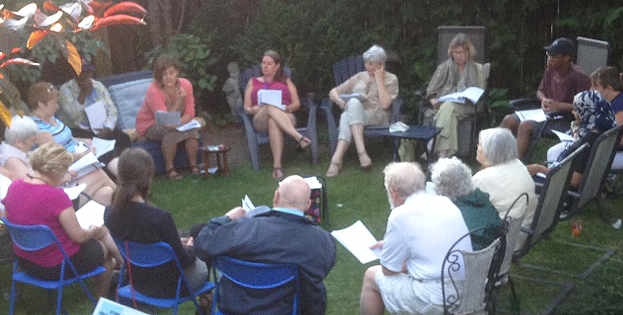 It was by publishing a story in True North Perspective that Carl became familiar with the new Beaver Barracks development, connecting with CCOC staff working on the project. “I said ‘I want in!’” he laughs. Having lived at 111 Catherine Street since the day its doors opened, Carl is now a dedicated member of CCOC’s Rentals Committee.

When asked why he’s so passionate about his new home, Carl points to two things: CCOC’s strength of purpose and kindness. “Both those things show everywhere,” says Carl, “and you really see the results.”

Thanks for sharing your story, Carl! If you have a CCOC-related story you think might be a good fit for the blog, please contact Erica Butler (Communications Officer) at erica.butler@ccochousing.org or (613) 234-4065 ext. 241.